How to Change WHINING into WINNING

How do you change whining into winning?

As toddlers get a little older and a few simple words creep into their vocabularies, they add another element to their communication: whining.  And when it hits your ears it can feel like fingernails on a blackboard.

When youngsters whine it can trigger an automatic reaction like an angry command to “Stop it!” or a threat to remove privileges or punish.

Yes, whining can wear on your last nerve, but whining is also age-appropriate for little ones. Remember, young children don’t have a big vocabulary. They cannot put language to what they are thinking or feeling. But they can cry or whine and this may be the best or only way they know how to communicate their needs.

It’s tempting to assume that when children whine, they’re either trying to push YOUR buttons, they’re looking for attention, or they’re trying to control their world and the adults in it!  But here’s something to remember: children don’t always recognize whining even when they’re in the middle of doing it.  More often than not, young children lack the self-awareness to realize it.

These “experts” assert that when Mom and Dad respond to whining, they are “accidentally reinforcing the undesirable behavior.”  Put another way; they say kids fuss, moan, and whine because they get a payoff when things don’t go their way: whining gets parental attention quickly.  To turn things around, these “experts” will tell you to either distract, ignore or punish your child for whining.

I don’t know about you, but when I’m upset, the last thing I want is to be is distracted, ignored or punished.  Thankfully, there is a better way to deal with this cycle so you can say goodbye to your nightmares about whining.  Here are a few secrets:

Stop, Think, and Break the Cycle

If you want to end the dreaded whining cycle, your first goal is to make sure you’re not responding automatically, instinctively, or without thinking.

Let me use myself as an example of how that works.  When my oldest son was a toddler, I looked after him each morning while my wife worked part-time.

Twice a week, we had our little routine:  We would go to the grocery store, then drop the groceries at home, and then head to the park for some play time.  But every time we got ready to go to the store, he would start to whine.  Over time, the frequency, intensity, and duration of the whining became too much to bear.

His whining used to irritate me big time!  Then, I would bark at him, and tell him to “Cut it out!”  Of course, that only made the whining worse.

At that point, I realized my reaction was not working so I took some time to pause and think about it. I realized that my poor son did not have the internal resources to handle the situation or tell me why he was so upset.  For example, at times he was hungry, but couldn’t put language to the problem. Other times he was angry because I had made him stop playing so we could go to the store. Sometimes he was tired because he hadn’t slept well and that’s why he was fussing and whining about going to the store.

That was just part of the problem.  I came to realize that most of the whining was due to my son’s perception of grocery shopping: it meant time away from Dad. Here’s what I mean.  I didn’t give much attention to him during shopping—I was too task-focused. I was a man on a mission.  I just wanted to get in, get out and get done!  Thankfully, I turned that problem around.

My remedy was to employ the time-in technique:  give him attention and quality time before he got demanding. As a result, we spent time relaxing and playing together before we went to the store. Then I paid attention to him while in the store as well – and it worked like a charm.  After a few pairings of quality time before going to the store, the whining disappeared!  Over time, he became Daddy’s Special Shopping Helper and loved going to the store with me.  Problem solved!

Listen to Your Kids, Even When They Don’t Talk.

How to turn whining into winning can be as simple as slowing down or stopping to listen – even when your kids aren’t talking. The key is to read their non-verbal cues.  So watch their body language. Watch the intensity of their play – what role do they take? What’s their attitude?  Are they getting stressed out, or are they playing in a relaxed manner?

Whining can be an S.O.S. signal when kids feel powerless and struggle to handle a situation.  Keep in mind behavioral “experts” have a completely different view.  They have a fancy term for the alleged S.O.S. signal.  They call it “escape conditioning.”  Behavioralists see whining as a way to leave or manipulate an unpleasant or painful situation.  In contrast, attachment experts will assert a different view:  when young children reach out for connection or support (and don’t get a sense that you are “there for them”), whining results, but not because children are trying to manipulate the situation.  Instead, they are reacting to the pain and discomfort of feeling alone or misunderstood.  If you miss or ignore your little one’s S.O.S. signals, don’t be surprised if they act out with whining or tantrums.  A child’s misbehavior is often confused with stress-behavior—which is why watching, and listening is so critical.

Sometimes kids just need to off-load anxiety, fear, and anger and that’s why they whine.  Sometimes, feeling heard is enough to stop the whining.  So, the next time the fussing erupts, just ask your kids what’s going on, and then listen to what they say. For instance:

Example 1: You seem upset, sweetie.  Can you tell Daddy what you want?

Example 2: Are you unhappy, Sweetheart?  Can you tell Mommy how you feel right now?

Example 3: I notice you seem whiny and sad, Sweetie. Do you need a hug?  Do you just need to cuddle, and maybe cry a bit? Everybody needs to cry sometimes. I’m right here to hold you.

Sometimes, kids whine because they just need a hug so hug them.  Do yourself a favor and don’t worry about rewarding “devilish” behavior.  We all need a hug from time to time, especially if we can’t put words to how lousy we feel.

Whining moments can be great learning moments for both parents and kids. For most of us, we want our kids to learn the following things:

One of the best ways to teach kids about whining is to catch them in the moment and explain why that isn’t appropriate behavior.

Example: That voice hurts my ears, sweetie. Tell me again in your pleasant voice.

Example: I think you’re trying to say something, but I don’t understand whining.

Again, young children may not even realize they are whining. They may not understand what the word whining means.  However, if you model what asking in a friendly way looks and sounds like, kids will mimic that behavior.  Modeling is one of the most potent ways children learn.

Catch Children in the Moment

To reinforce your child’s proper behavior, try as much as possible to catch them in moments when they are doing things right – even little things – and praise them for it immediately.

Example 1:  Thank you for using your pleasant voice.

A Point To Ponder

Always remember, positive reinforcement strengthens the behavior you want to create and encourage in your children, so catch your children using their inside voice, their confident voice, and their big-boy and big-girl voice—and praise them for it.  “Wow, you are using your big-girl voice.  I’m proud of you!”

Stay tuned for Part 2, How Do I Teach My Child Not to Whine? 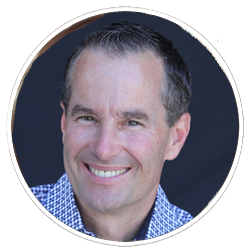